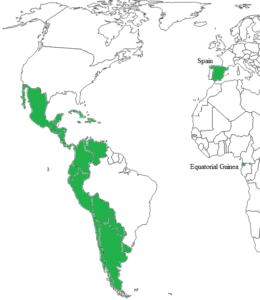 There might not seem to be a great deal of glamour in language studies, but twenty-first century language studies are not merely about polylingualism. Taught properly, language studies are culture- and literature-driven fields that reflect an evolved discipline and an encompassing inquiry. In contrast to the descriptive and observational humanities, literature is an experiential medium and an art form that stand apart. A single individual can live a thousand lives through an author’s pages, but as it is said, the journey of a thousand miles begins with a single step.

Entry-level language studies are not altogether different than learning a musical instrument. What might be rough and cacophonic at first later gives rise to glorious symphonies and language gives rise to powerful influence. The human mouth is as much an instrument as a piano or a trumpet and the brain forms synaptic pathways that enable speakers to move pharyngocranial muscles in ways that produce sounds which other brains map to coherent thought. In the abstract, language studies could seem banal but it is what a person does with an acquired language that makes it useful, relevant, interesting, and even exciting.

Spanish is the fourth-most spoken world language and an official language of twenty-one sovereign states. The practicality of studying Spanish is an important consideration, but Spanish is not simply a medium of communication but rather a gateway to engaging other cultures more fully. From history to literature and from arts to economies, the ability to communicate in the language is perhaps the single greatest advantage. It can be summed up in Sir Francis Bacon’s apocryphal quote: Scientia potentia est (knowledge is power).

Spanish is one of the five romance languages (the others being French, Italian, Portuguese, and Romanian). The romance languages are known for their artistic heritage, but even in the modern era the languages continue to employ expressive forms that they uniquely possess. Federico García Lorca was an avant-garde dramatist and poet of the 1930s who challenged social and political constructs with his correlated imagery (la pluma/la navaja/la espada; el caballo/el pene/el hombre). In Argentina, Alfonsina Storni was an outspoken feminist who also used Spanish’s genderization to reinforce and contrast her imagery (la muerte:la noche, la lámpara:la luna, una constelación:el sol, la cabecera:el horizonte).

In the twenty-first century, Spanish proficiency represents an considerable advantage for careers in business. Considered by most corporations to be an in-demand skill, Spanish speaking ability easily results in a 10 to 15 percent salary incentive and offsets credential disparities between applicants. In combination with a college degree, Spanish speaking ability is a major consideration for promotion to team leadership and management roles.