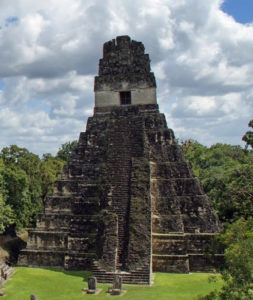 Roughly five hundred years before the Spanish conquest, the once majestic Maya kingdoms dissolved into hyperlocal power centers. The jungle swallowed their breathtaking stone temples and ball courts and the Spanish conquerors, chaplains, and missionaries of the sixteenth century suppressed most of what remained of the pre-conquest culture. For centuries all that remained were their fan-fold tablets made from lime-bleached amate and adorned with the fanciful figures characteristic of Maya art. Only three such confirmed items survive today—the Madrid, Paris, and Dresden codices—

all of which had already been whisked away to Europe long before their existence became known to the world. Still, Maya epigraphers could not meaningfully decipher these or their stone inscriptions until the latter part of the twentieth century. In the absence of authentic and comprehensible material, the written accounts of the Spanish establishment arose as the authoritative sources of historiographic and ethnographic information on the pre-colonial civilizations and populations. A number of these colonial texts are commonly recognizable, but perhaps the most recognizable of all is Popol Vuh. Popol Vuh and works such as the Books of Chilam Balam stand apart for their construed quality as subaltern autoethnology (though modern scholarship suggests that this might not be an accurate perception). But unlike such similar texts, Popol Vuh also belongs to a second notable class of colonial texts (like the Florentine Codex) which were generated by missionaries seeking to document indigenous culture.

The seventeenth century statesman George Savile once said, “Nothing has an uglier look to us than reason, when it’s not on our side.” This was clearly the case in colonial Central America where the early Spanish conquerors and missionaries had trouble making sense of the ancient Maya. Many social and religious parallels perplexed the colonizers and led many to draw peculiar conclusions such as the apostle Thomas having supernaturally appeared and evangelized the natives of the New World. The epistemological admixture was generally perceived as a danger to Indians’ souls and missionaries destroyed or suppressed much of the native culture in their zeal to Christianize and civilize them.

In Mexico, the sixteenth century Franciscan missionary Bernardino de Sahagún attempted to record every aspect of Aztec society in his Florentine Codex. The Inquisition strongly took issue with Sahagún’s work, and the intellectual world of his was at times incredulous. Sahagún was several times obliged to defend the content of his work to prove that it was not invented. To the south, Dominican missionary Father Francisco Ximénez compiled several works pertaining to highland Maya languages. Father Ximénez’s most significant work is perhaps his Arte de las tres lengvas Cakchiqvel, Qviche y Tzvtvhil because it is followed by a transcription and translation of an indigenous oral tradition known today as Popol Vuh.

For many centuries, the surviving colonial writings were the only sources of information on Amerindian civilizations. Unfortunately, relying on those documents entrenched inaccuracies into the Western scholarship of the nineteenth century that still persist today. For example, many believe that the Maya had a vast number of books. This belief stems from a few lines written by Franciscan missionary Diego de Landa about a single incident in the Yucatán peninsula. Today, modern critical theory enables us to read colonial texts more accurately and to understand the social and cultural realities of the conquest and colonization of the New World.