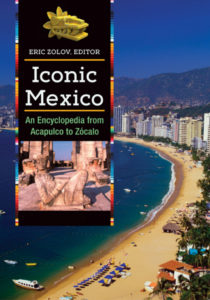 Among other celebratory practices that these western Indians had was an acrobatic custom—flying through the air on tethers that hung from a tall, sturdy wooden mast with which those in attendance eased their spirits and deepened the solemnity of their gatherings—and I will [now] describe its substance in words for the amusement of the reader.

Whenever they were to fly, they felled, trimmed, and skinned a tall sturdy tree from the mountain. This tree had to be very straight and of sufficient size that it would give thirteen revolutions to whomever flew from it. The craft of this invention was a capstone that was fitted high on top of the mast, from which hung a square wooden frame, like a gyroscope, about ten feet across, fastened securely by the four corners of the frame to the capstone with strong ropes. Between the capstone and the stated frame they tied another four ropes of sufficient thickness to hold those that hung therefrom, which at times were three and four or more each. They affixed these ropes with strong nails so that they would neither release nor move out of place, which would disturb the timing and speed with which they flew. These ropes passed through apertures in the middle of each of the four sides comprising the frame, which in order to do their job, they wound around the mast (all four at the same time) with great care, lest one entangle another, like how one sets the strings on a loom for weaving. They tie off these ropes on their long end with slipknots, more or less six feet from the end, and stopped at the frame when they wound them on the mast (that had been erected for flying). In order to ascend to the stated frame, which was where the Indian-fliers sat, they strung a sizeable vine, looping it around the mast itself from bottom to top, which served as foot- and hand-holds for quick and graceful ascent.

The Indians that flew were not altogether special, but rather they simply were very well trained for the job, [and] who rehearsed many days in advance in order to perform masterfully and artistically. There were four main performers who dressed themselves as various types of birds, that is, some taking the form of square-tailed eagles and others of griffins and others of other birds that were to represent grandeur and exotica. They extended the wings to represent the natural and proper flight of the bird; they ascended to the heights very lightly and effortlessly and with them another eight or ten [Indians], all impressively and luxuriously adorned with many feathered arm bands, to assist the sound and ornament of the flight. All sat down in order on the frame, and each one by turn stood to his feet on the capstone, and danced there to the sound of some instrument the movements that he knew, he gave numerous turns like a kite, each wishing to outdo the former.

After delighting the onlookers who were awestruck at seeing the things that they were doing, the four who represented the stated birds tied themselves off at the waist, and they allowed themselves to hang by the ropes with which they simulated their flight, and with the weight of their bodies they rotated the frame and they spun, and the lower they got, the further out they went such that the second revolution gained more lift and radius than the first, and the third more than the second, all of which were also gaining speed and momentum, and in this style they executed the final revolutions in a bell shape in a very spacious plaza, and so they reached the ground with significant force.

Here it was to be seen what these fliers were doing as they descended, grasping their tethers at times with their feet, at times with their hands, and at other [times] only the tether itself went around their waists. When the others that remained above saw that the other fliers were getting mid-way through their flight, with many sounds and gestures they took hold of the ropes and came sliding down them, some in pursuit of others, such that they came jointly with them when the fliers reached the ground. Here were the chuckles and amusements of all, because if the flier was not very skilled, he sometimes spun about by the feet, hands, or head as he descended toward the ground with energy and intensity until the rope played out, and in this way the flight ended and they started all over again to gather the ropes to do another flight.

This invention, I think, was devised by the devil in order to retain these, his false servants and worshippers, with a livelier and more persistent memory of their damnable and detestable service because it was an account of the fifty-two years that comprised their century (as we have noted), in which period of years they renewed and re-swore with new vigor the pact and allegiance that they had made with the devil to serve him however many more years in the course of the coming period. This is evident in the thirteen revolutions that they gave, because although taken simultaneously, they are not more than thirteen, but taken on the four tethers, they made fifty-two, giving to each of the four fliers, thirteen, which multiplying four times thirteen yielded the stated number of fifty-two.

This flying did not cease with the conquest and establishment of the faith in these Indies; it initially continued until the religious evangelical ministers learned the secret and rigorously prohibited its practice. But with the first idolaters that received the faith having died, and with the children that followed having forgotten the idolatry that it represented, they returned to flying and have used it on many occasions; and as a people that only availed itself of the activity and not of the intent that their ancestors had, they are not concerned that the fliers be [only] four, and so they make them six—especially the masts that are very tall—and hang six ropes from them and they execute with much celebration and merriment, neither bothering that their revolutions be strictly thirteen, because whether the masts upon which they fly are big or small, such were the many or few revolutions that they made upon them.

I came to know about these [things] upon seeing an extravagant exhibition in the palace square (which for a long time was called Flying Square and now is called Academy Square) during the time of the Viceroy don Martín Enríquez, in some of the festivals that the Mexicans held of the Mexican conquest, therewith reviving the memory of Fernando [sic] Cortés and all that which happened including sacking the city; they flew a few times, and with the culmination of the day, an Indian rose to his feet on the capstone (which that day had been performed repeatedly on the same spot with the particular things that were done) and when it seemed time to go after the ones who were flying, he flung himself to catch one of the fliers’ ropes as he had done other times; but either due to a drum and a rattle that he carried in his hands, or because his senses were impaired as it is presumed that he had drunk wine, he failed to grab it, and although carrying wings, like those belonging to Icarus which were adhered with wax, in the same manner were of no use, and he hit the ground before his flying partners, and he was smashed to bits; but not even for this was it to end before they flew many more times, until the stated mast rotted where it was stuck in the ground.

Many others have died on many other masts because they are inebriated when they ascend, and in this regard I was in agreement with the viceroys in prohibiting it in this stated city of Mexico; but as things go which lack permanence—both good and bad—and as the other sage said, there are as many rulings and opinions as there are heads in the world, they have told me that they had flown to revive the practice; and at a Festival of Saint James that was celebrated in Tlatelulco this past year of 1611 (which is the second time it was done since I left that church), an Indian fell from the top and died in the fall; and at this point in time others have died and other disasters and tragedies have occurred; yet even this is not sufficient deterrent, any more than it is to deter bullfighting to see that each time that they are performed there are injuries and deaths of men in bull rinks, because as the saying goes, even though one ship be lost at sea, they allow the others to sail.